Are you looking for a publisher on Nintendo Switch?

With us you can get your game on the console.

17Studio is an independent game indie studio,based in Kazakhstan, creating Mobile, PC and Nintendo Switch. We are currently also in the process of publishing games on Nintendo Switch.

The game was ported from the "Corona SDK" to the Unity. During the transfer, it was possible to completely preserve the original physics of the game, which is a fundamental component of the project.

This is the highly anticipated remake of the legendary Draw Rider, rewritten from the ground up to be bigger, better and prettier in every way.
In the game you will find a huge number of different levels, the passage of which will open up various opportunities for character customization. In the beginning there will be nothing difficult, but once the training is over, there will be real hardcore! If you are tired of standard tracks, you can always create your own level in a special editor, as well as play on tracks created by other players. Features:
• 350 hand-made levels
• Custom Levels, Level Editor & Global Level Sharing
• Leaderboard and online mode with over 200,000 levels
• Over 100 hidden secret customization items to discover
• 9 different crazy vehicles
• and more!

The game is developed in a cross-platform framework Unity. 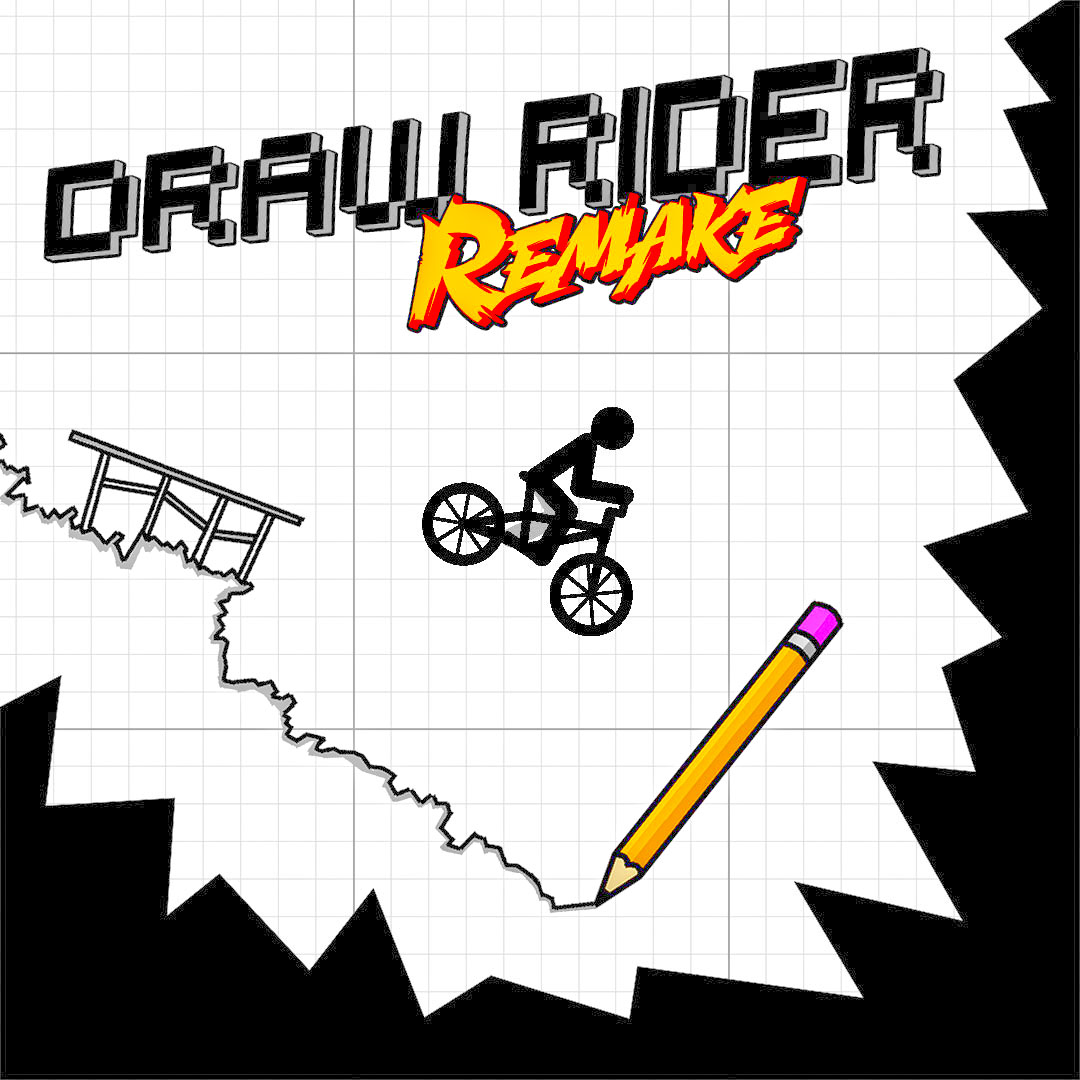 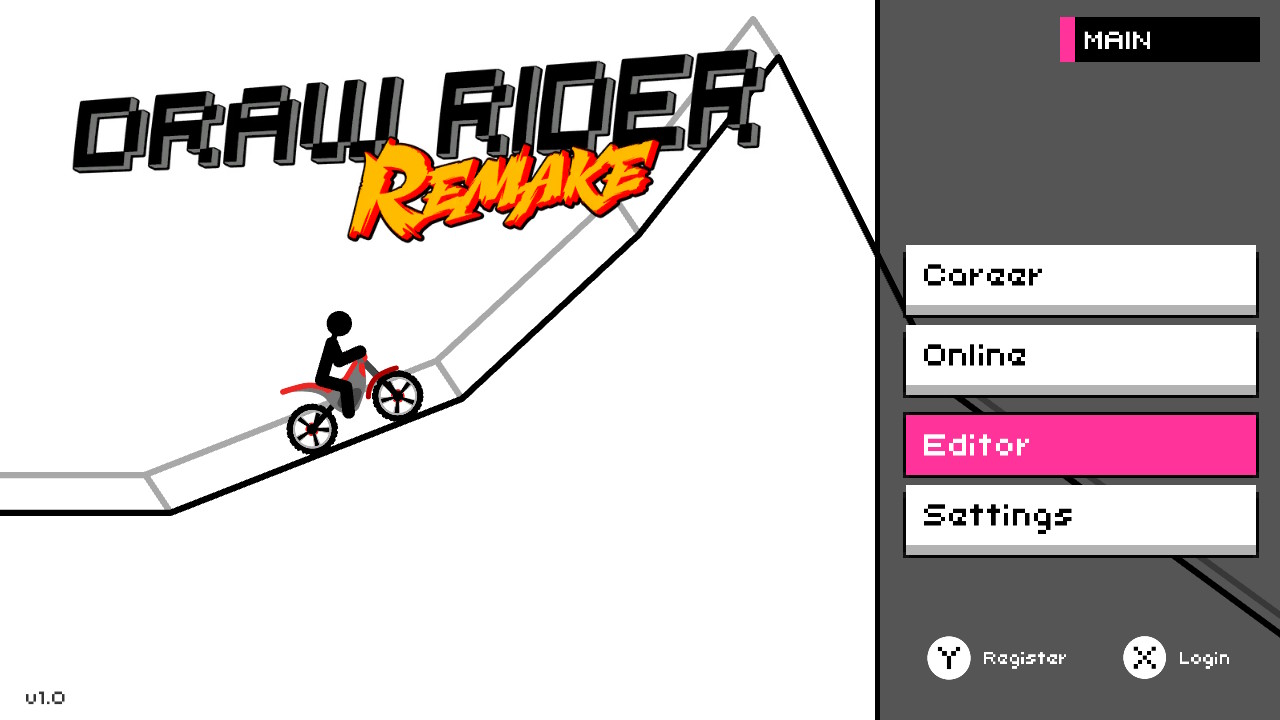 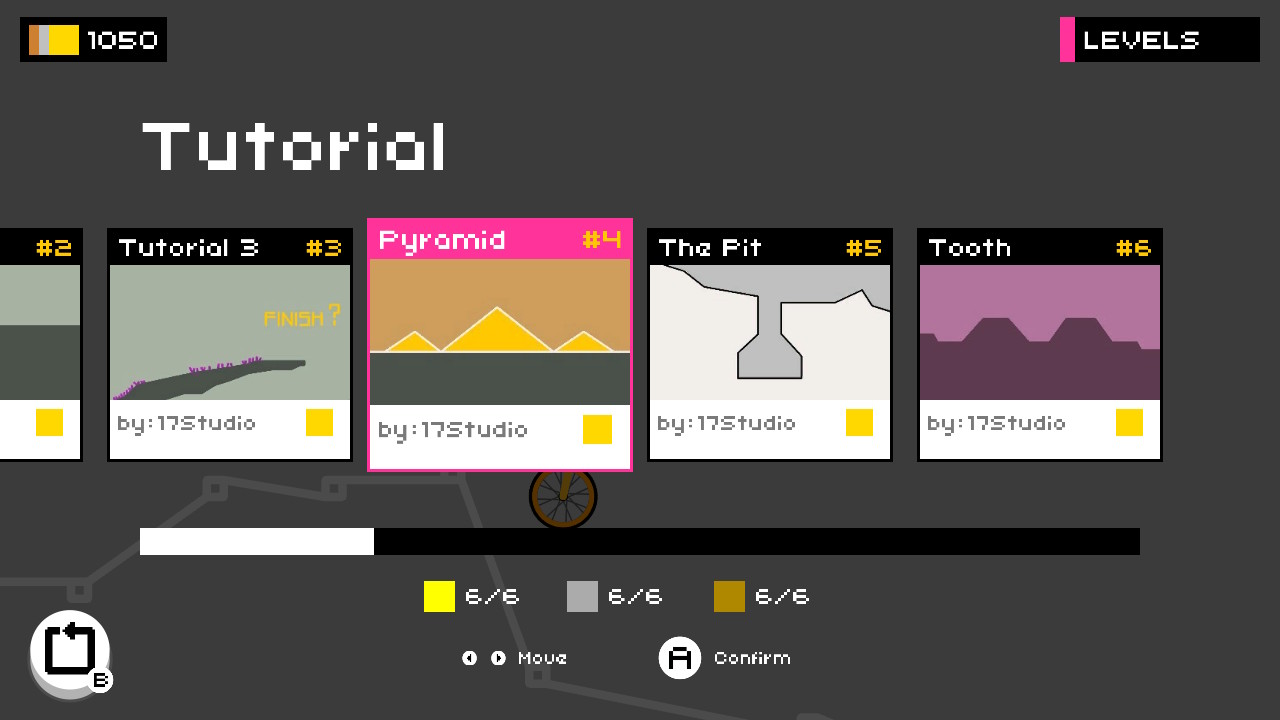 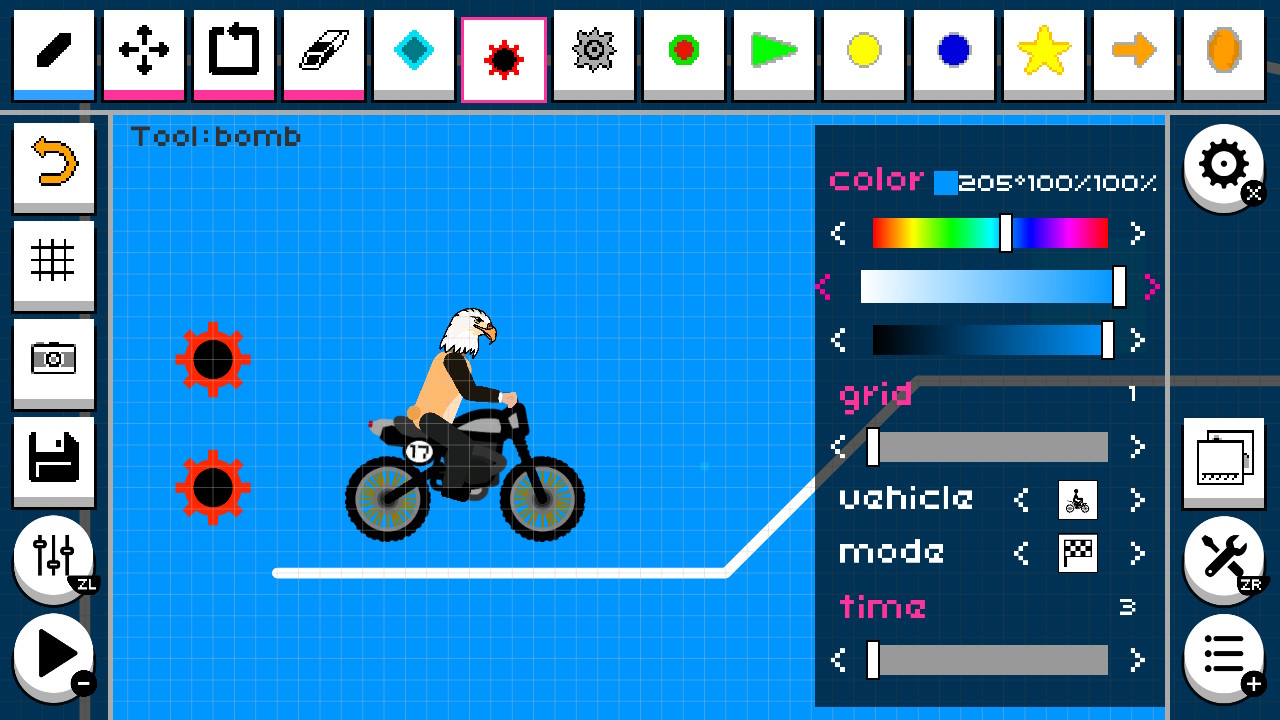 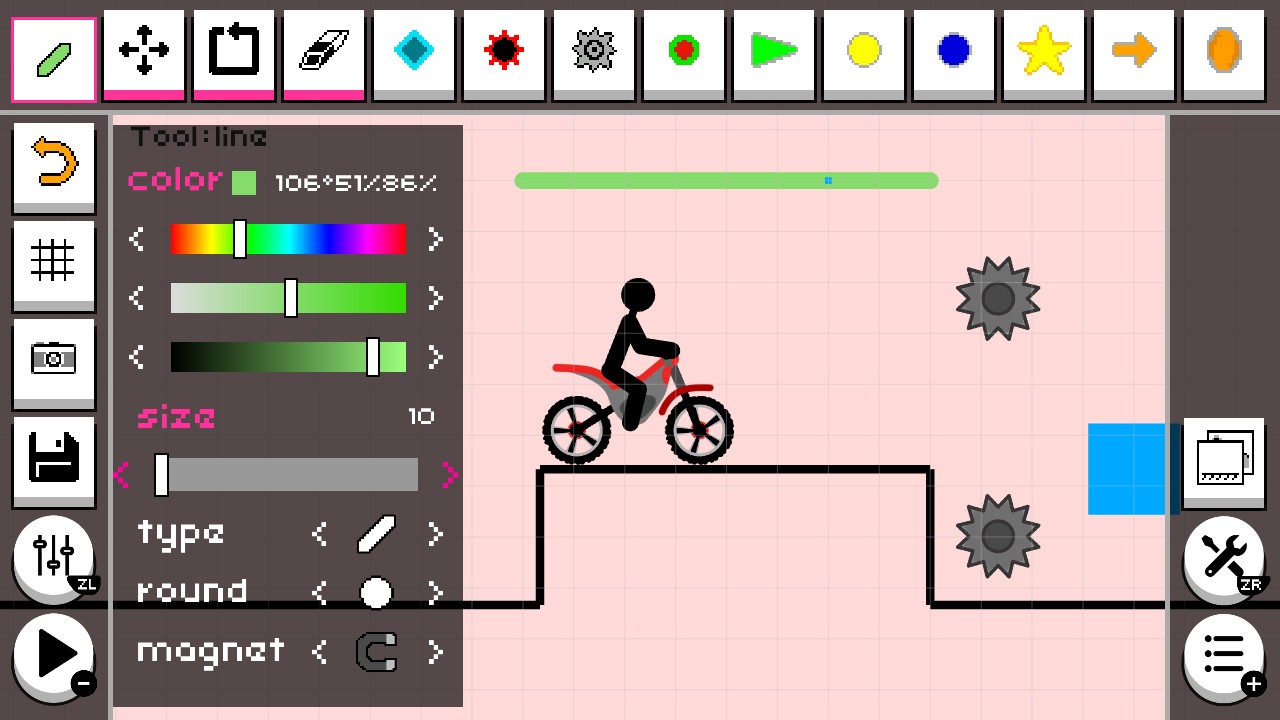 In development, we were inspired by games like Elastomania and Gravity Defied. The main feature of the game is the built-in level editor.

Get gold medals, becoming the best racer on each track, to unlock new levels and new characters.
Thanks to the level editor you can create new tracks and share them with other players. Participate in the race for a while, communicate and evaluate the tracks of other players, become a part of the Draw Rider community!

The game is written open source scripting language Lua in a cross-platform framework Corona. As a physical engine used Box2D

Draw Rider released in 2012 and we are still actively supporting the game by launching new game updates adding levels, items and much more. 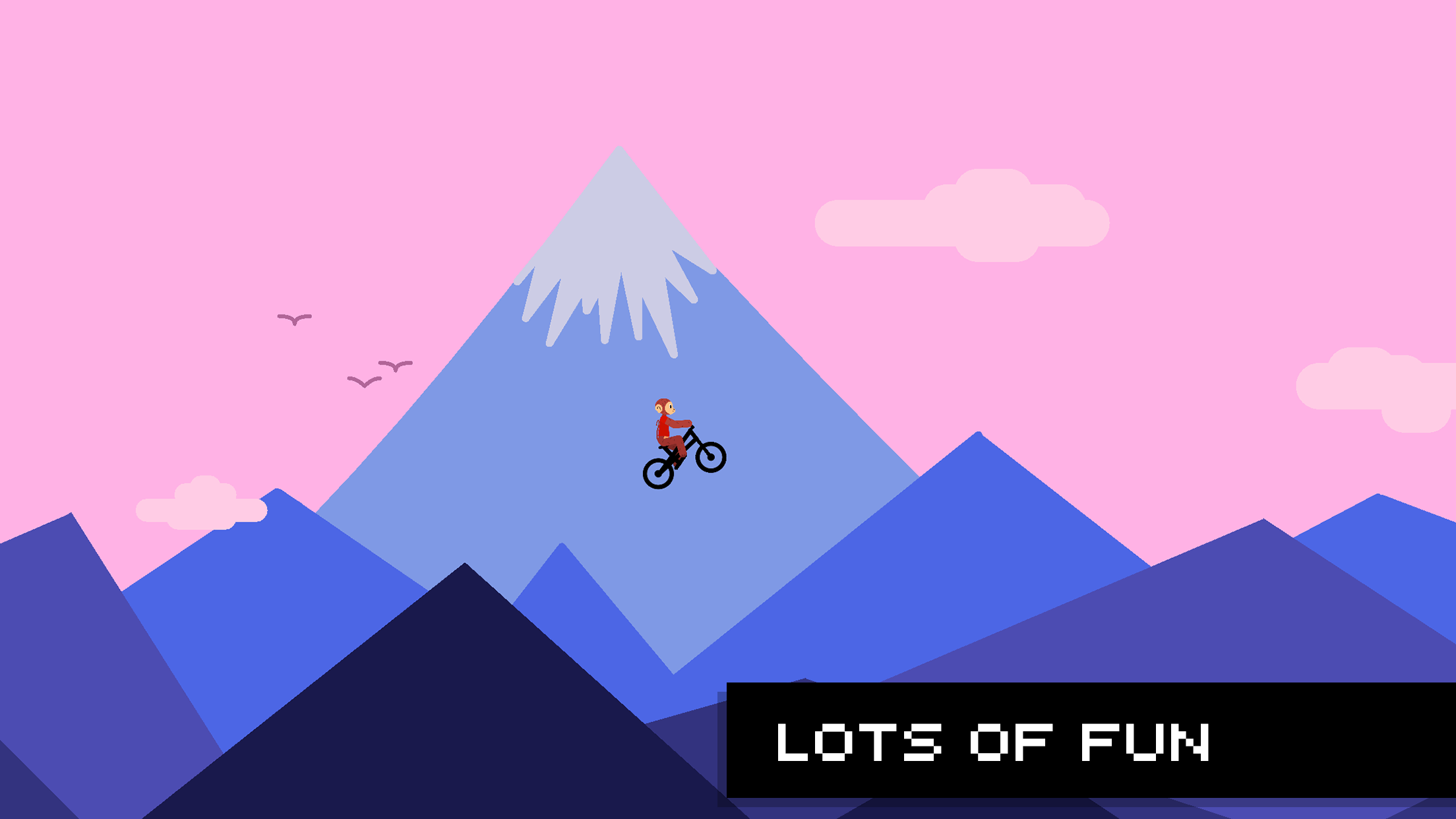 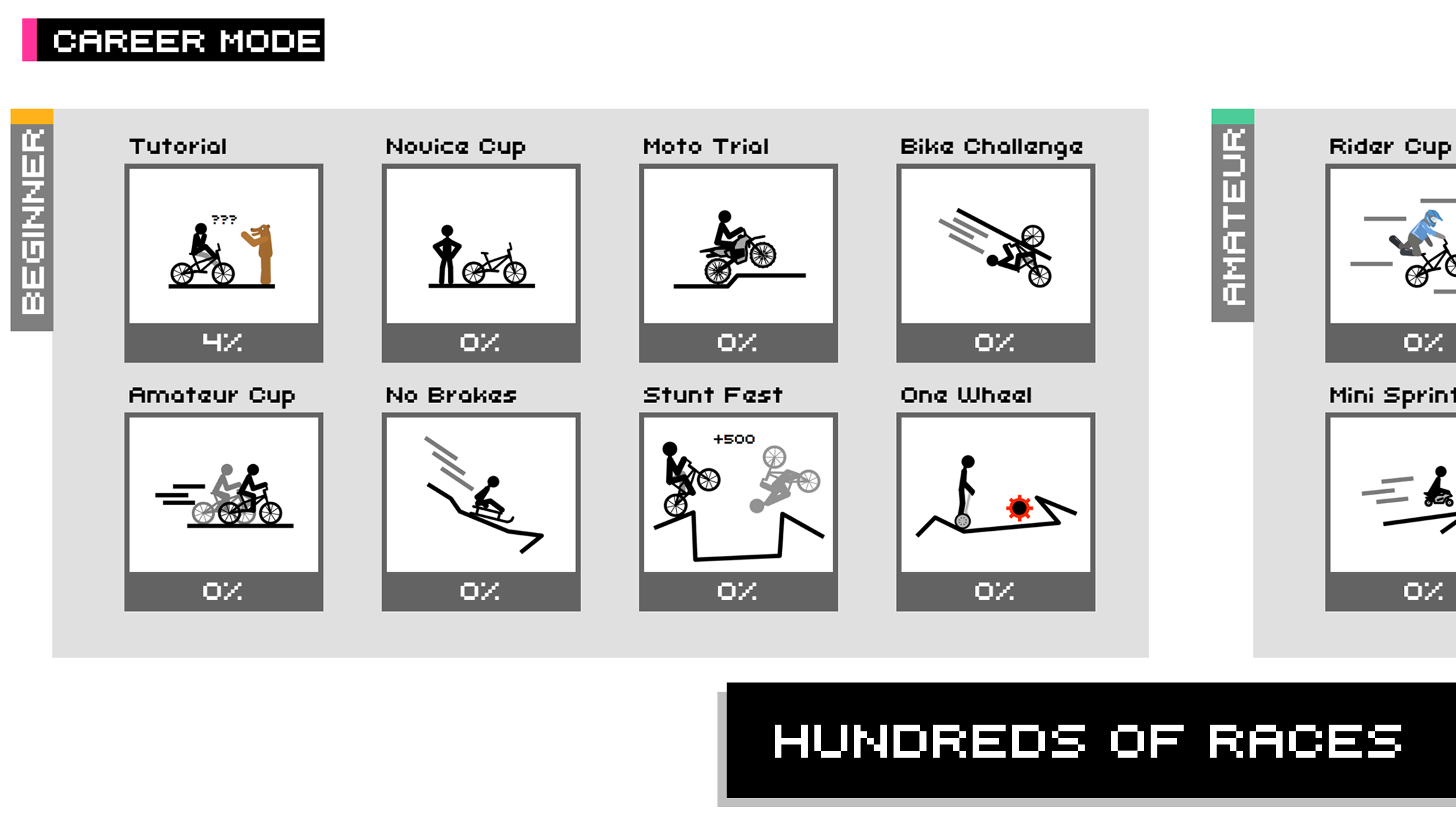 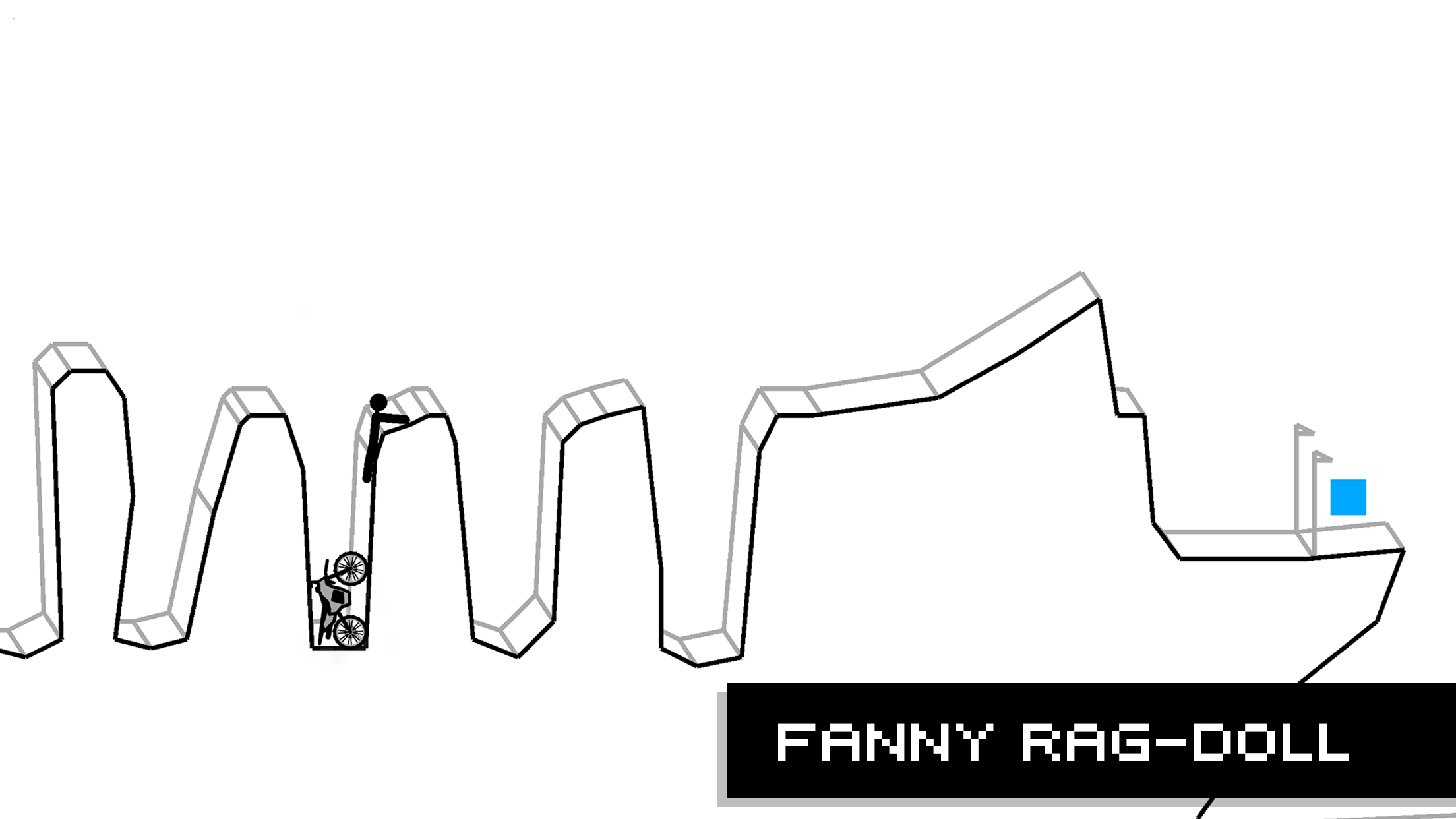 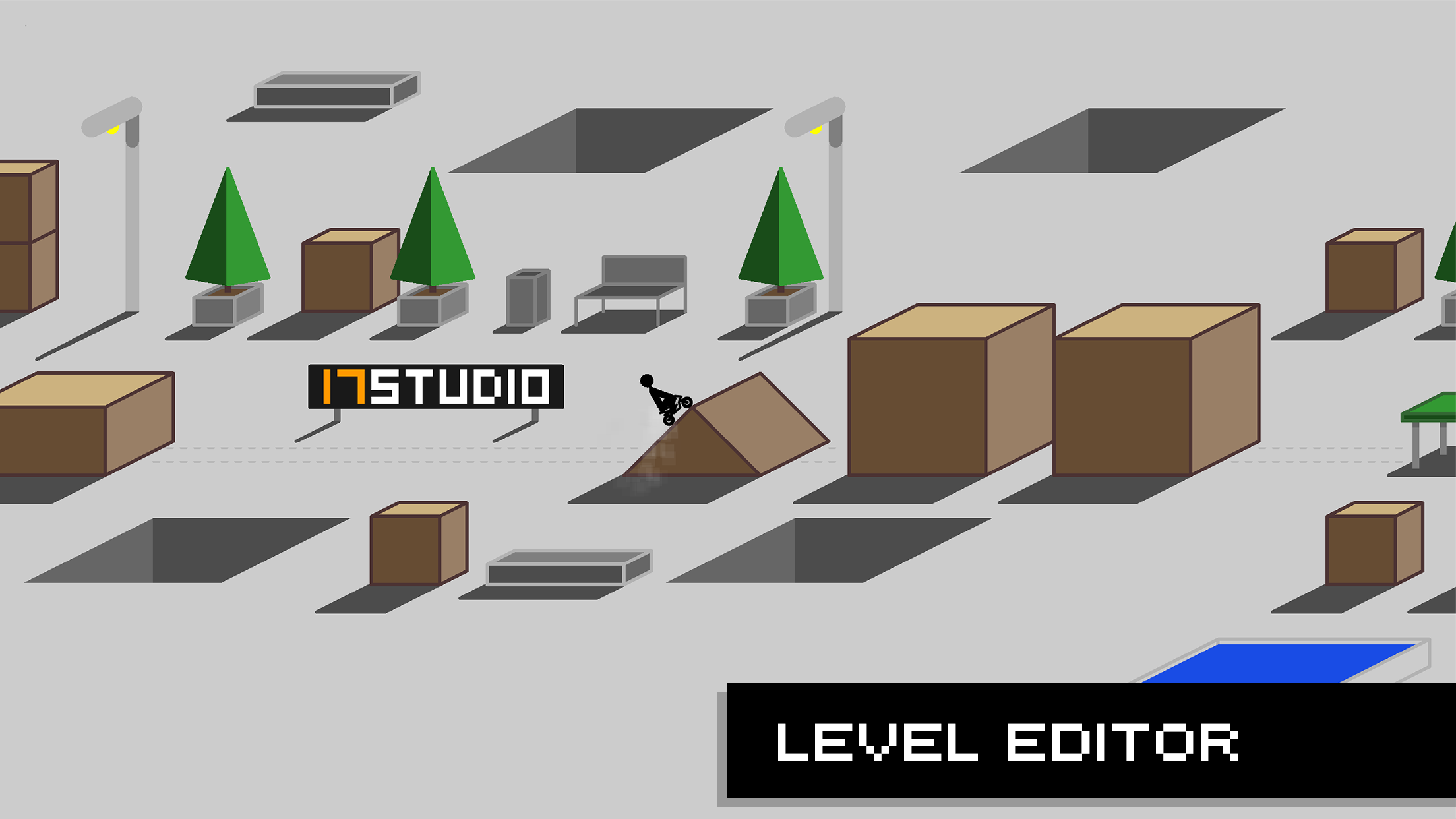 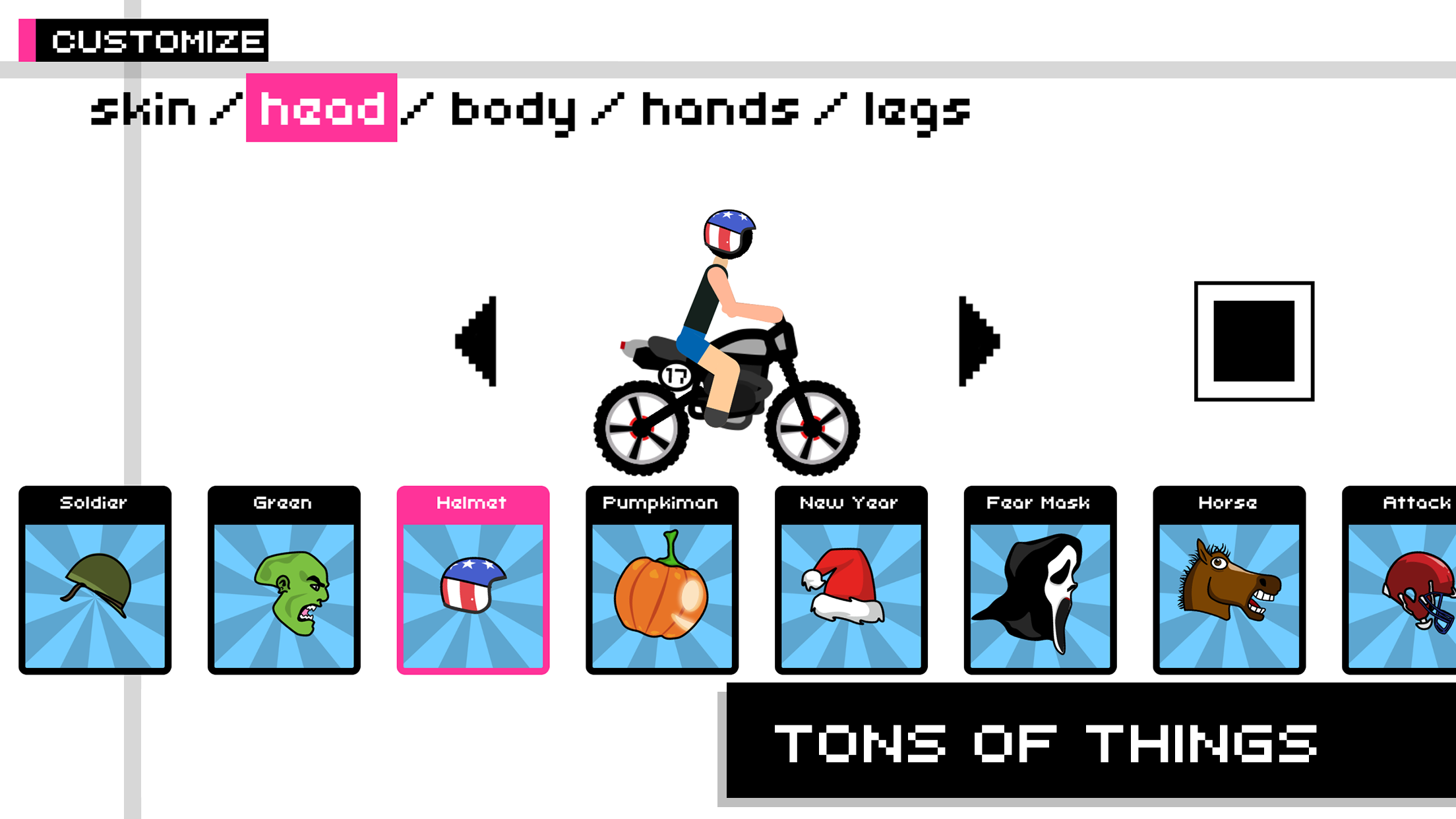 In development, we were inspired by games like Manual Samuel and Happy Wheels. The main feature of the game is the built-in level editor.

Welcome to Draw Rider 2 - fun arcade racing games in which both time trips and special missions are waiting for you.

Story Mode:
Discover the incredible story of Max and Emily, which begins with a ordinary bike ride.
Challenge Mode:
The goal is simple - to survive and get to the finish line. This is not so easy to do: deadly traps and obstacles await you everywhere.
Level Editor:
Be creative! Built-in level editor is the main feature of Draw Rider 2. Feel yourself an architect and draw a unique track.
Online:
Play on the crazy tracks of other players. Compete, rate and set records!

The game is developed in a cross-platform framework Unity. As a physical engine used Box2D

Draw Rider 2 released in 2017 and we are still actively supporting the game by launching new game updates adding levels, items and much more. 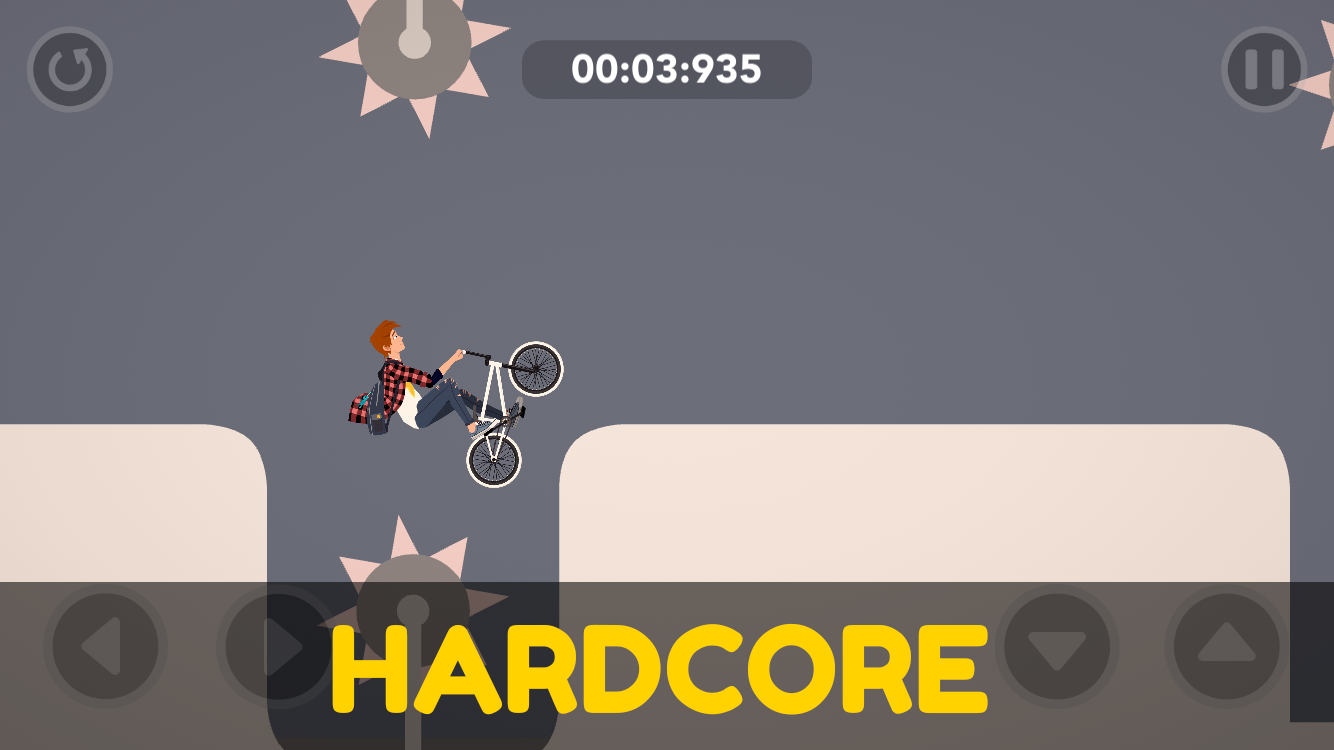 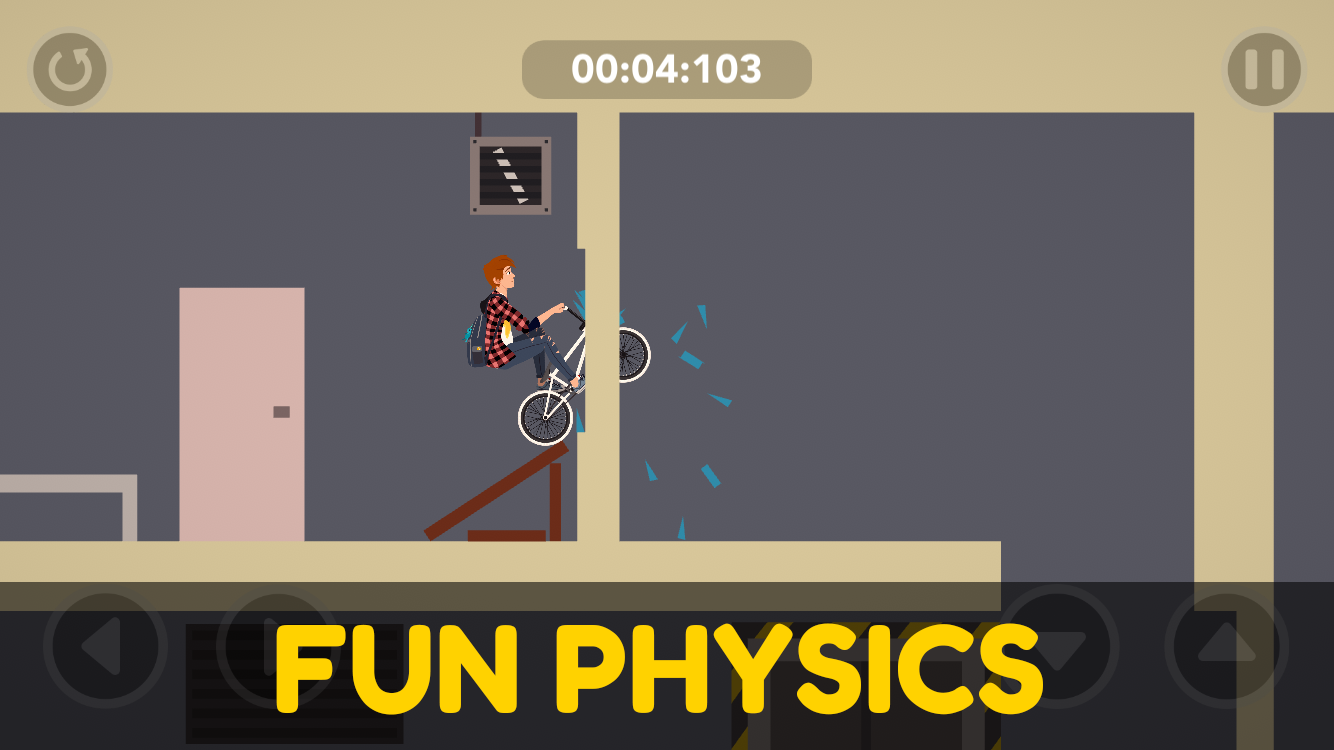 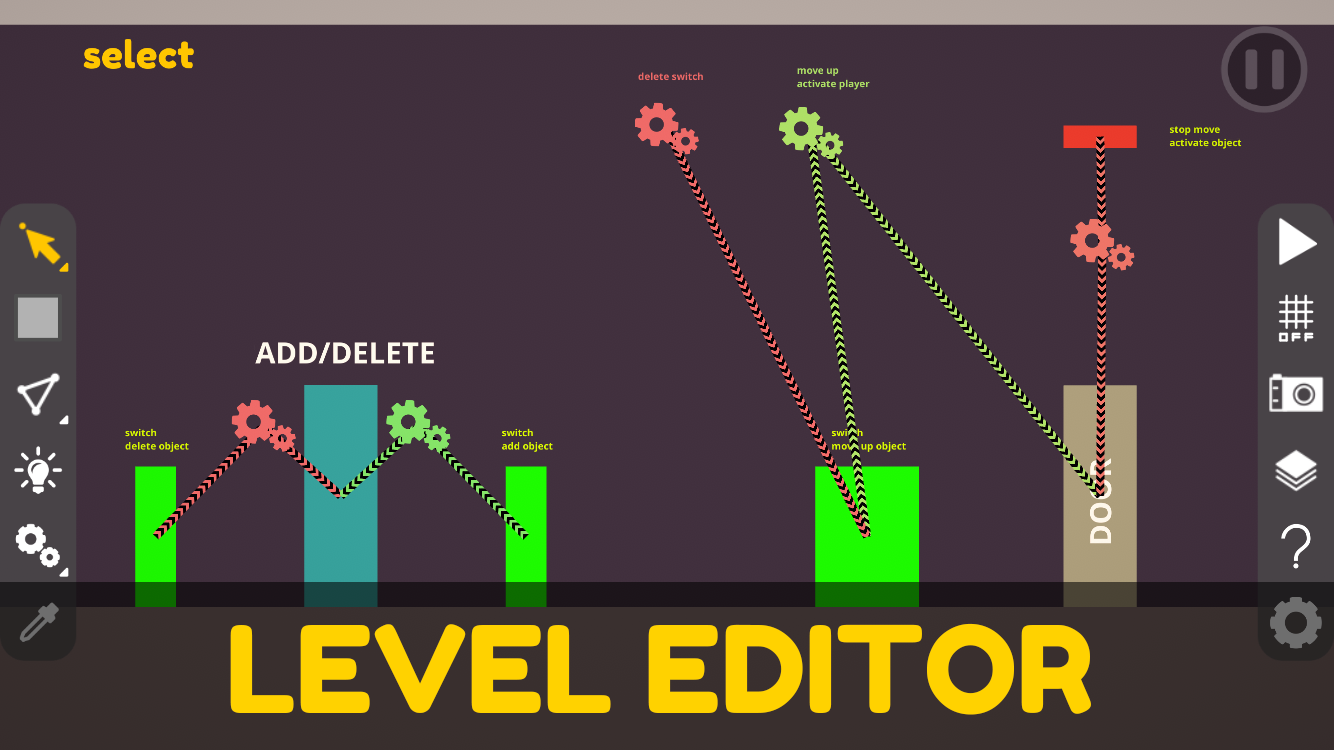 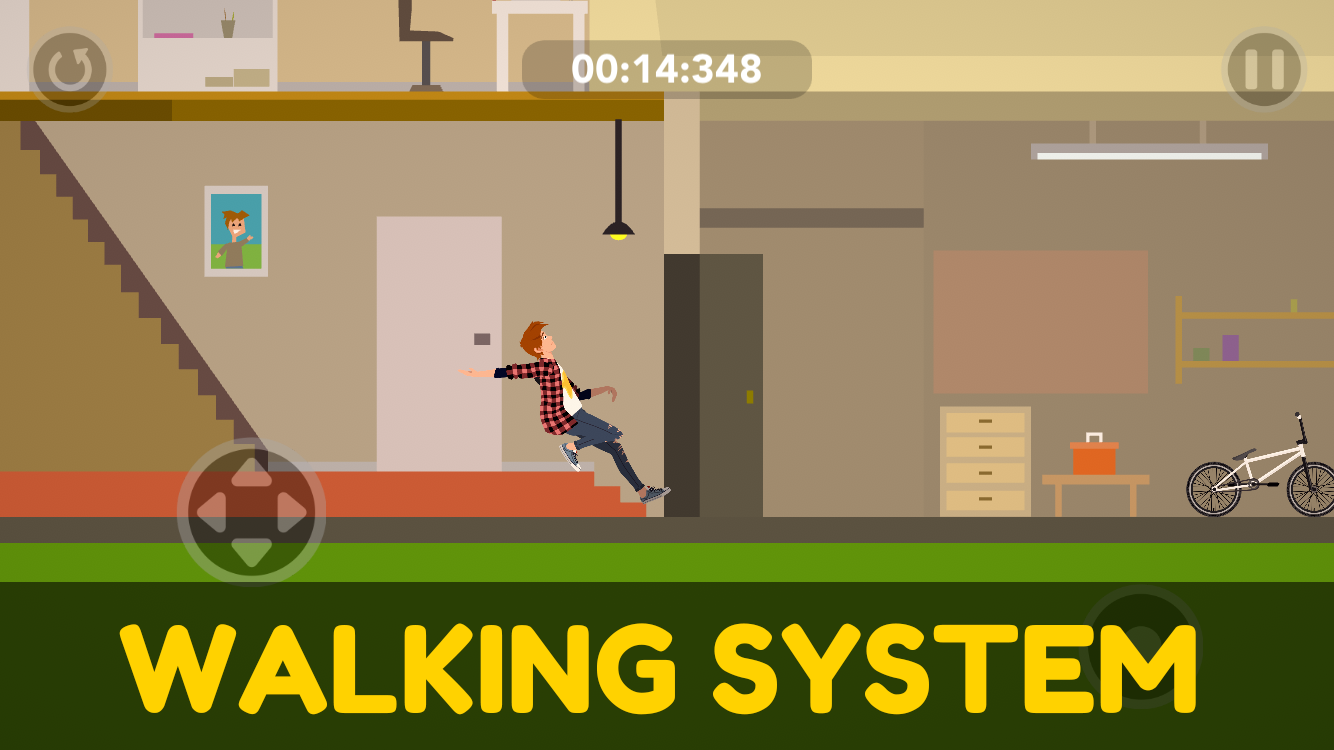 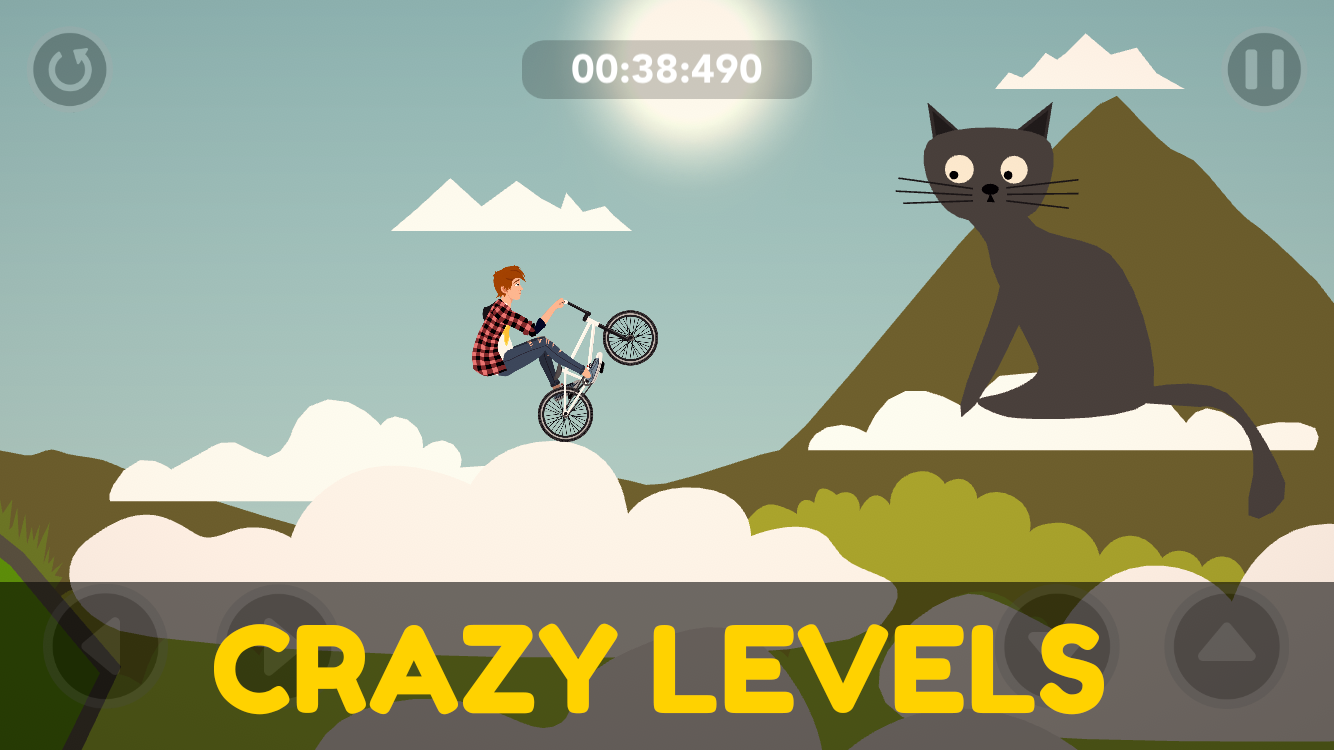 He is tall and very thin, always wears a black suit with white shirt and tie. His arms were bent at any point, have no joints and can be extended. He has no face. Slenderman is waiting for you!


Slender Last Sleep - Immerse yourself into the thick atmosphere of mystery and horror! 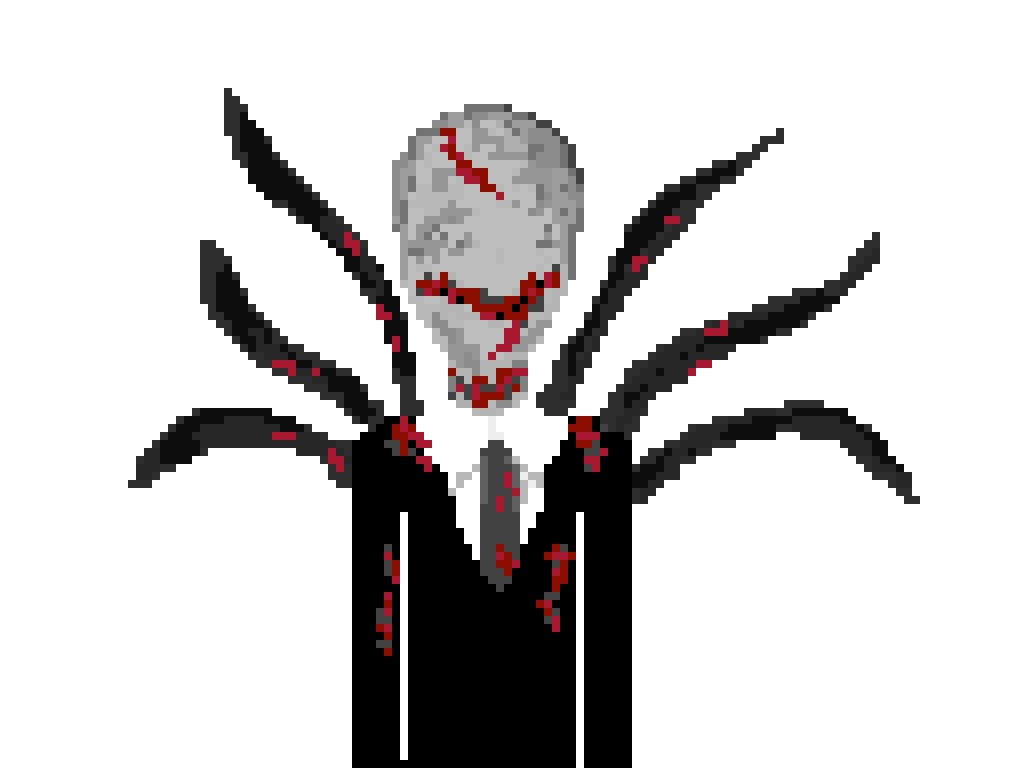 
This is amazing! This is the scariest Slenderman game I've played on mobile! The controls are a bit awkward, though. Maybe it's just my big hands, haha. Anyway, nice game!

Was scared to death playing it!!! Dope how you guys took the original game and put it in a 8-bit version! Very fun and difficult

Nice fun quick slender game, I liked how it had so voice acting in it because I wasn't expecting that from a 99 cent game.

The game is written open source scripting language Lua in a cross-platform framework Corona. As a physical engine used Box2D 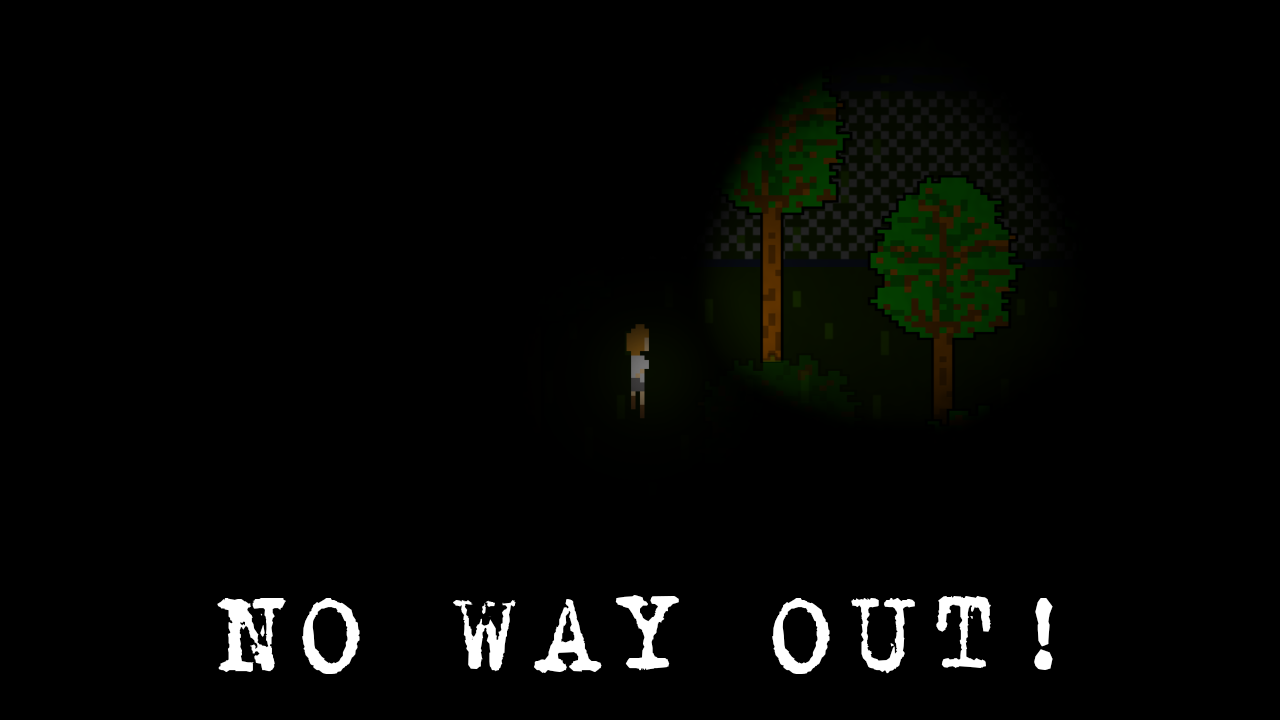 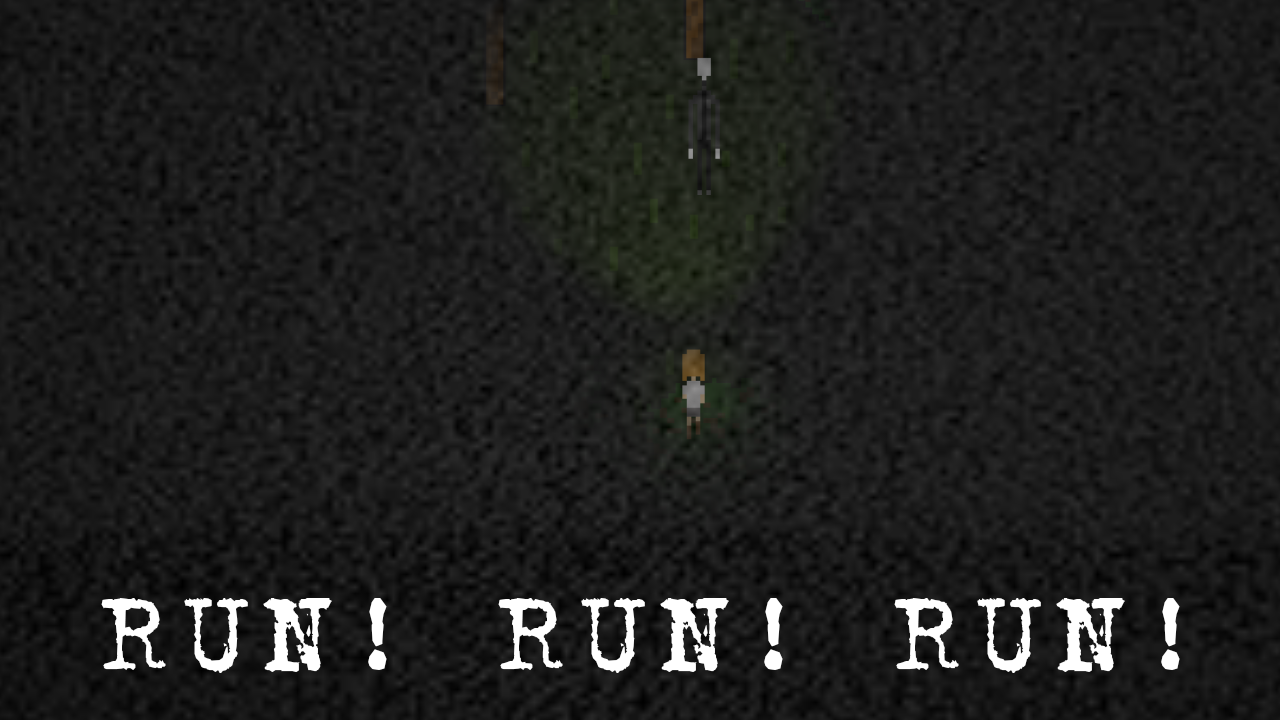 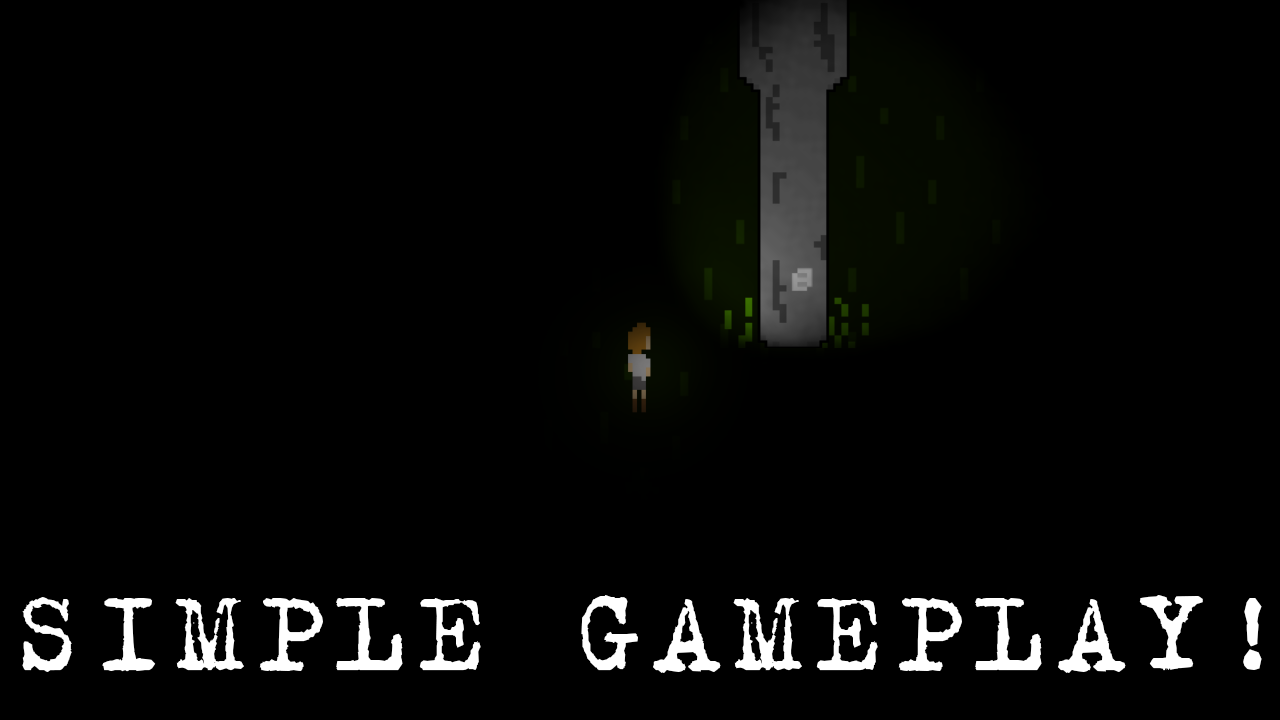 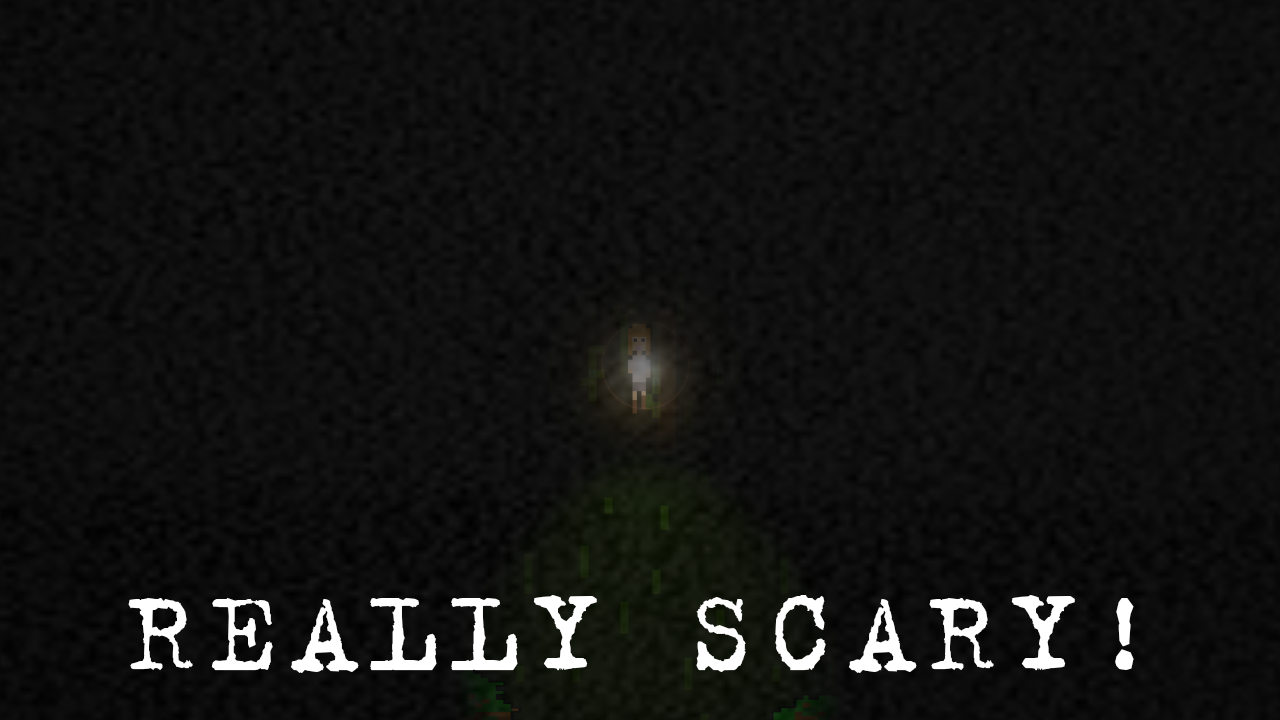 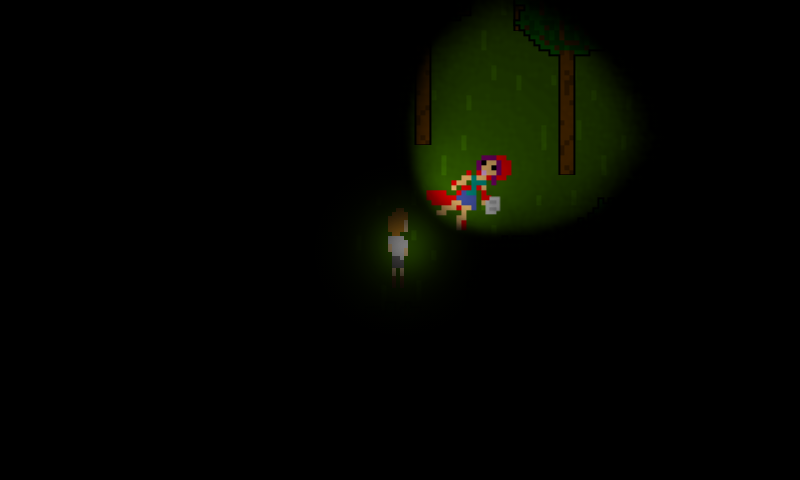 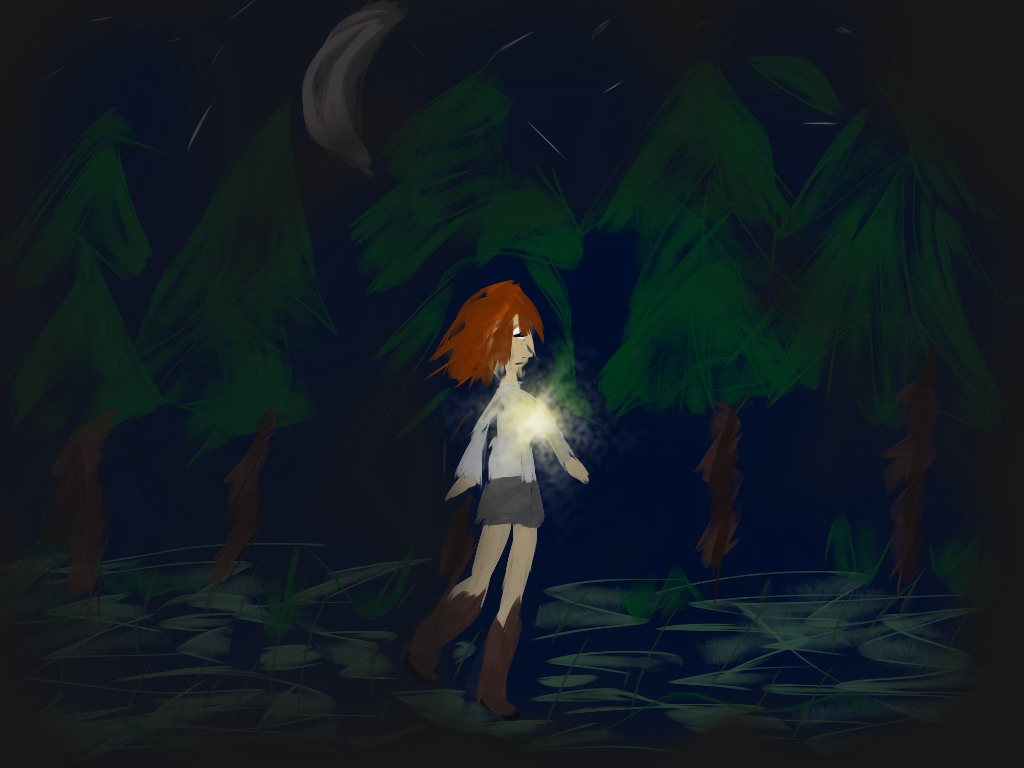 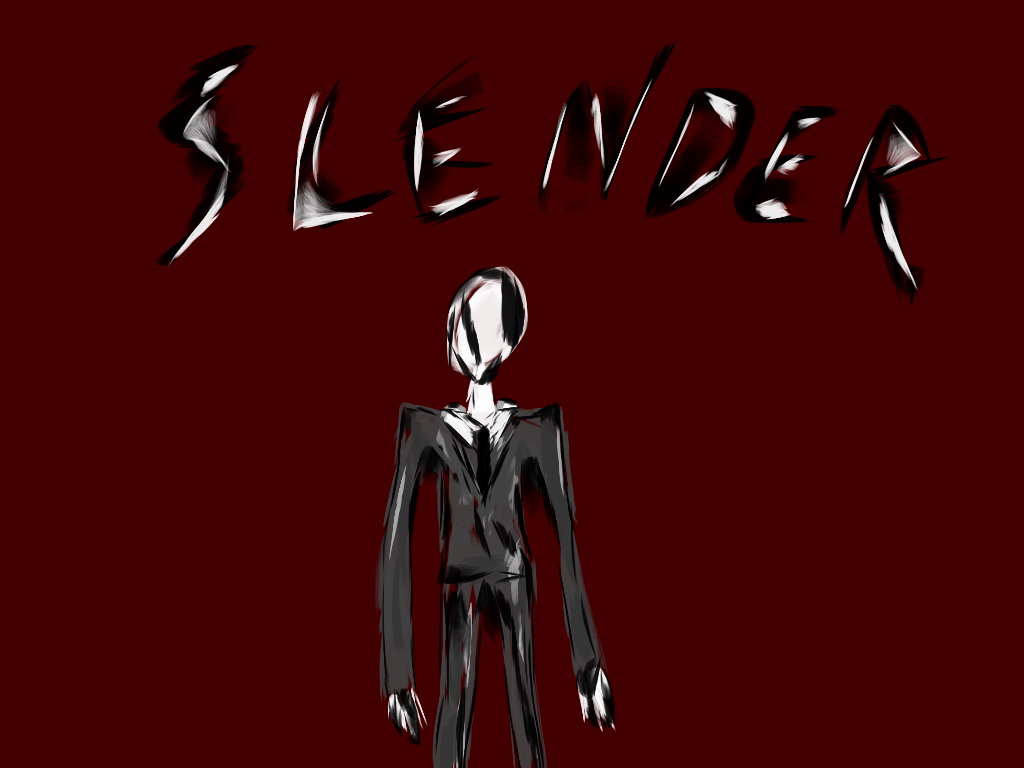 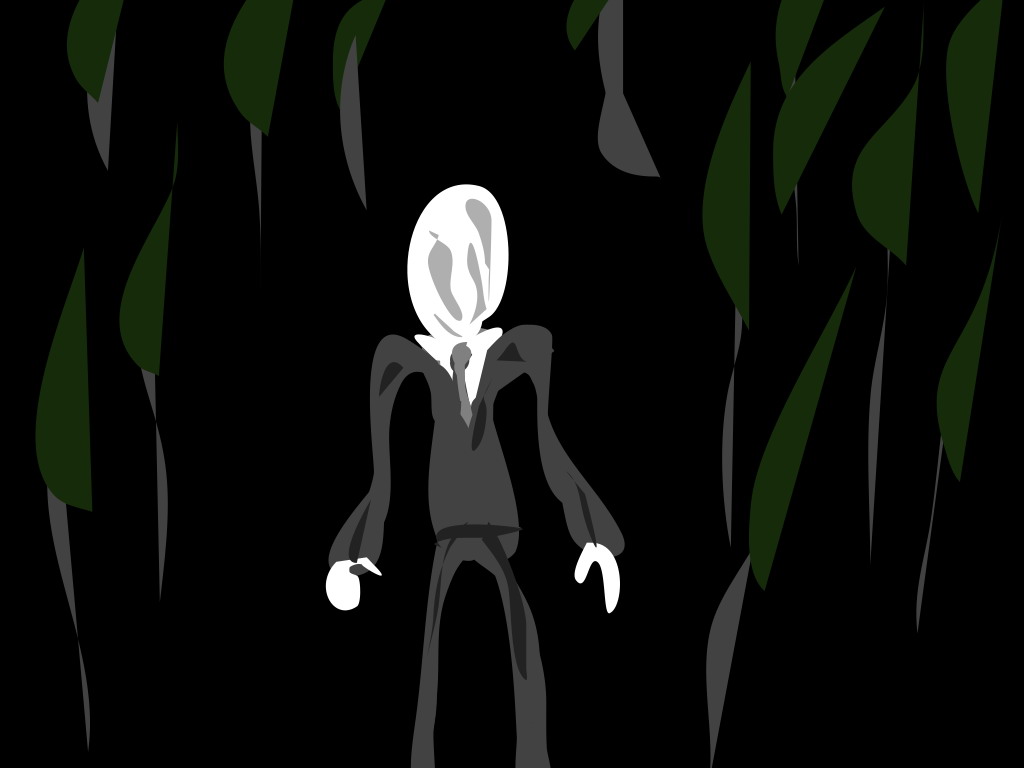 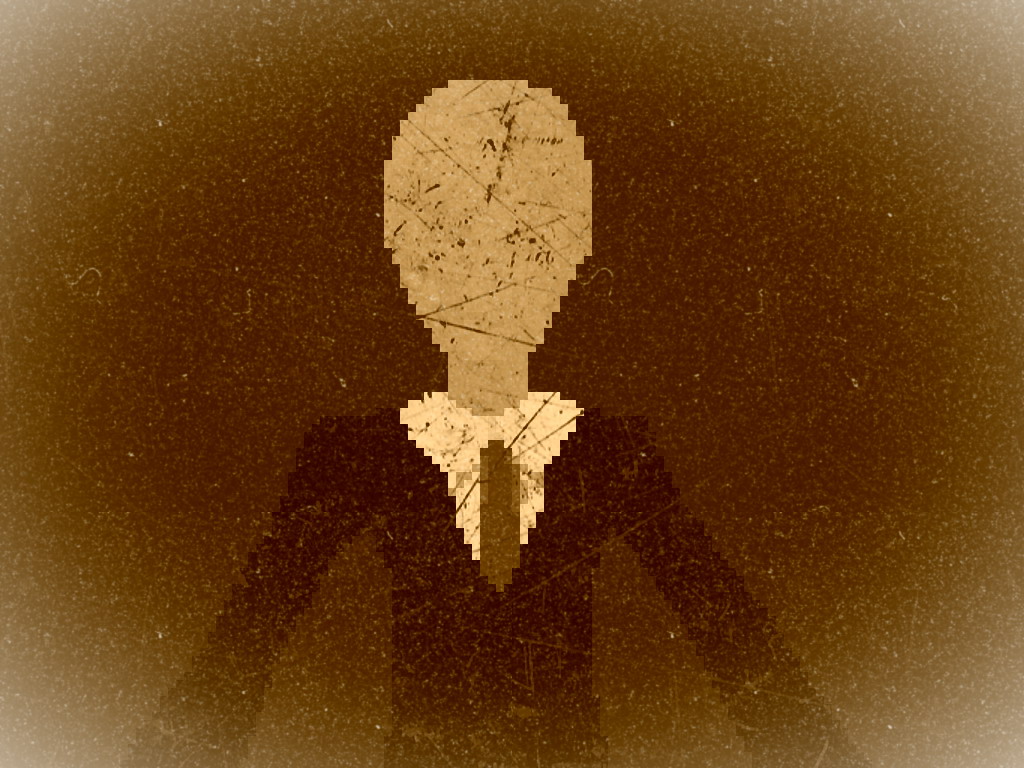 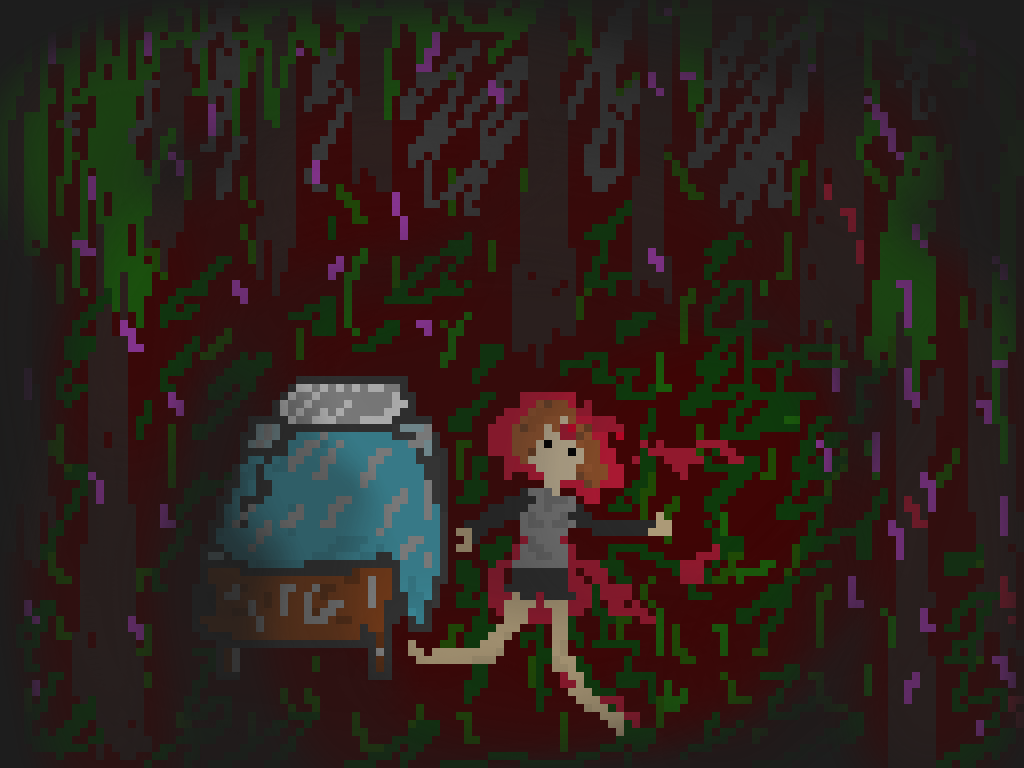 Have you created a great game? We will help you attract new players and maximize your income.

We also develop our own games, so we know what’s really important for creators. Porting is a complex process, so we pay special attention to testing each project, as well as adapting to the features of the Nintendo console.

There is no need to sacrifice your creative time. We will take care of it. We do everything as quickly as possible.To port the game, we need the source code of the game on the Unity (game engine). We will handle the necessary marketing ourselves and send you clear reports and payments on income.